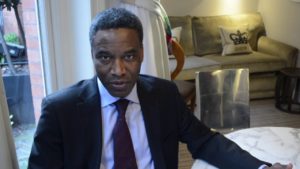 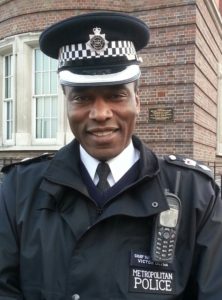 Guildford Advanced Motorists (GAM) are delighted to announce that Dr Victor Olisa (QPM) has accepted the position of President of the group.

Victor joined Surrey Police in 1982 straight from university, where he studied Biochemistry. He joined the City of London Police in 1990 where he worked as an operational uniformed Inspector and the Fraud Squad investigating large scale corporate and financial fraud in the UK and abroad.

In 2003 he went to the Home Office to work on Stop and Search as part the Office for Criminal Justice Reform. In 2005 he was awarded a PhD in Criminology by the London School of Economics and Political Science.

He transferred to the Metropolitan Police in April 2006 in a variety of senior management roles. From 2009 to 2010 he led the work on one of the Commissioner’s strategic priorities to deliver safety and confidence to Londoners: Professionalism.

In April 2012 he was promoted to Chief Superintendent and posted to Bexley Borough as a Borough Commander. In 2013 he become Borough Commander of Haringey. He then became the Head of Inclusion and Diversity for the Met, between 2016 and 2017. In 2017, Dr Olisa was awarded the Queen’s Police Medal for distinguished police service.
In October 2017 he retired from the Police Service and is currently carrying out research into police leadership as a Visiting Fellow at the London School of Economics and Political Science and working as a Governor at Treloar’s and Director of Safeguarding at Surrey County Football Association.
Victor came to GAM earlier this year to do his Advanced Driving Test, passing with a F1RST. He is now training to become a Local Observer.

We look forward to working with Victor to improve our links with the emergency services and driving safety groups locally and nationally.

We thank the outgoing President Alan Bone for his help and guidance over the last three years.